NGC 660 is a peculiar and unique polar-ring galaxy located approximately 45 million light years from Earth in the Pisces constellation.
It is the only such galaxy having, as its host, a "late-type lenticular galaxy". It was probably formed when two galaxies collided a billion years ago. However, it may have first started as a disk galaxy that captured matter from a passing galaxy. This material could have, over time, become "strung out" to form a rotating ring. The ring is not actually polar, but rather has an inclination from the plane of the host disk of approximately 45 degrees. The extreme number of red star-forming areas that occurs along the galaxy's ring could be the result of the gravitation interaction caused by this collision.

The ring is 50,000 light-years across - much broader than the disk itself - and has a greater amount of gas and star formation than the host ring. This likely indicates a very violent formation. The polar ring contains objects numbering in the hundreds. Many of these are red and blue supergiant stars. The most recently created stars in the ring were just formed approximately 7 million years ago. This indicates that the formation of these stars has been a long process and is still occurring.

The two nicely resolved mag 18 galaxies in the lower left part of the image are situated at a distance of 760 million light years. 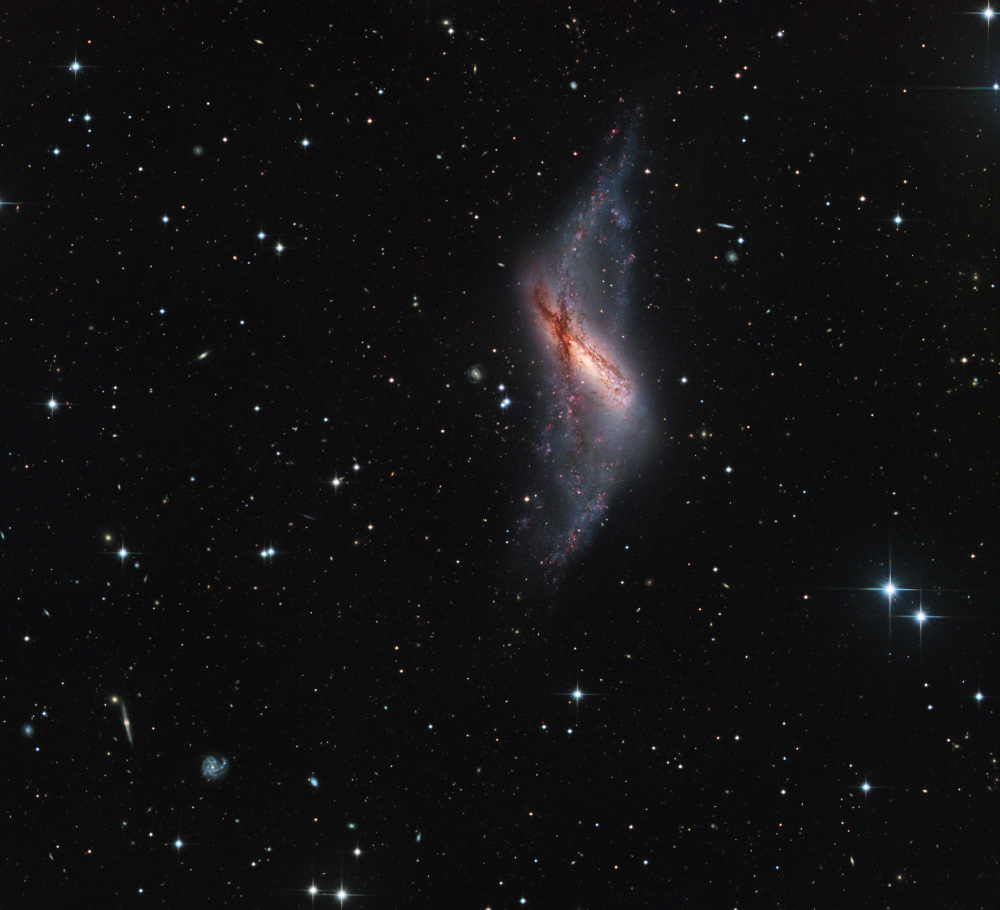 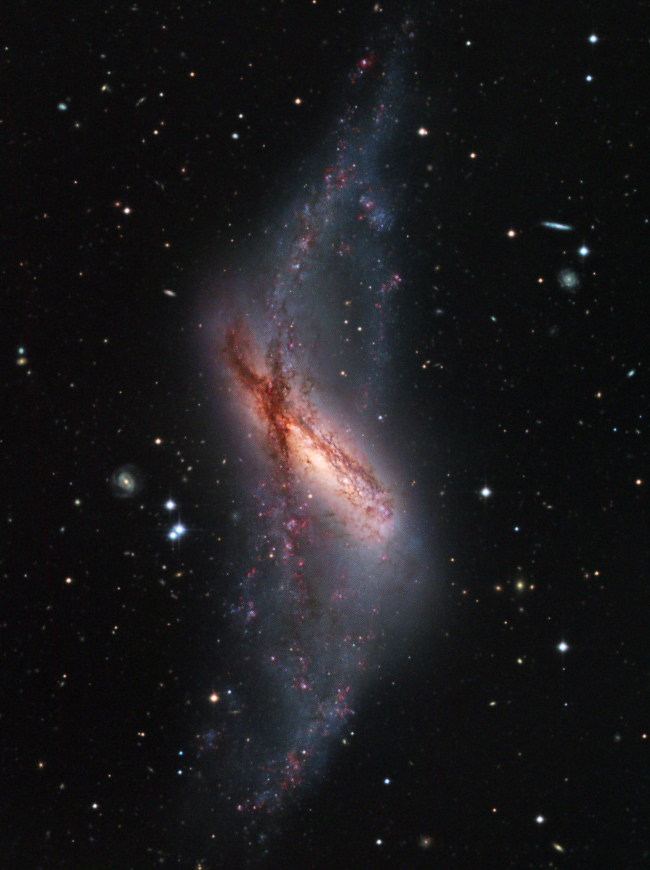