The Antennae galaxies (NGC4038/4039) in approx. 50 million light years distance are undergoing a galactic collision.
Located in the NGC 4038 group with five other galaxies, these two galaxies are known as the Antennae Galaxies because the two long tails of stars, gas and dust ejected from the galaxies as a result of the collision resemble an insect's antennae. The nuclei of the two galaxies are joining to become one giant galaxy.
Most galaxies probably undergo at least one significant collision in their lifetimes. This is likely the future of our Milky Way when it will collide with the Andromeda Galaxy.
See a high resolution Hubble image of the center of this galaxy pair here. 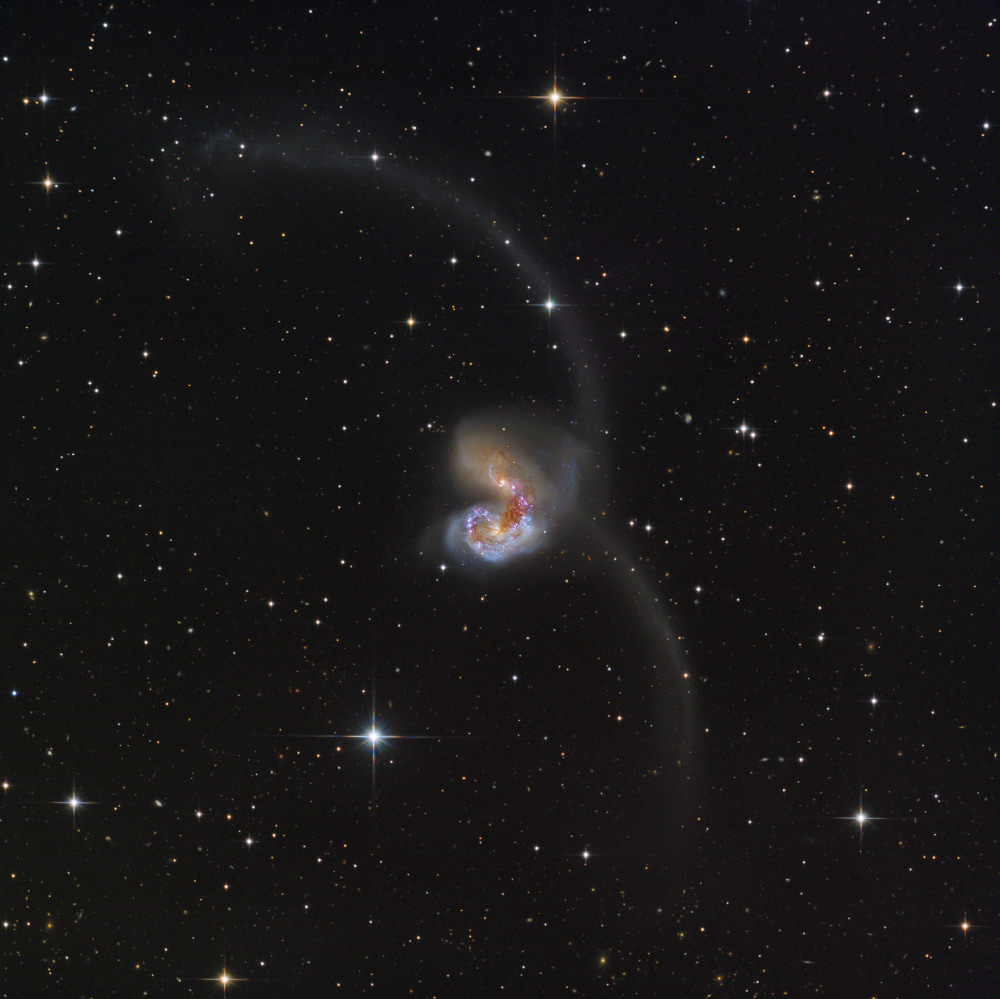 See a center crop image of the galactic nuclei in 100% size below: 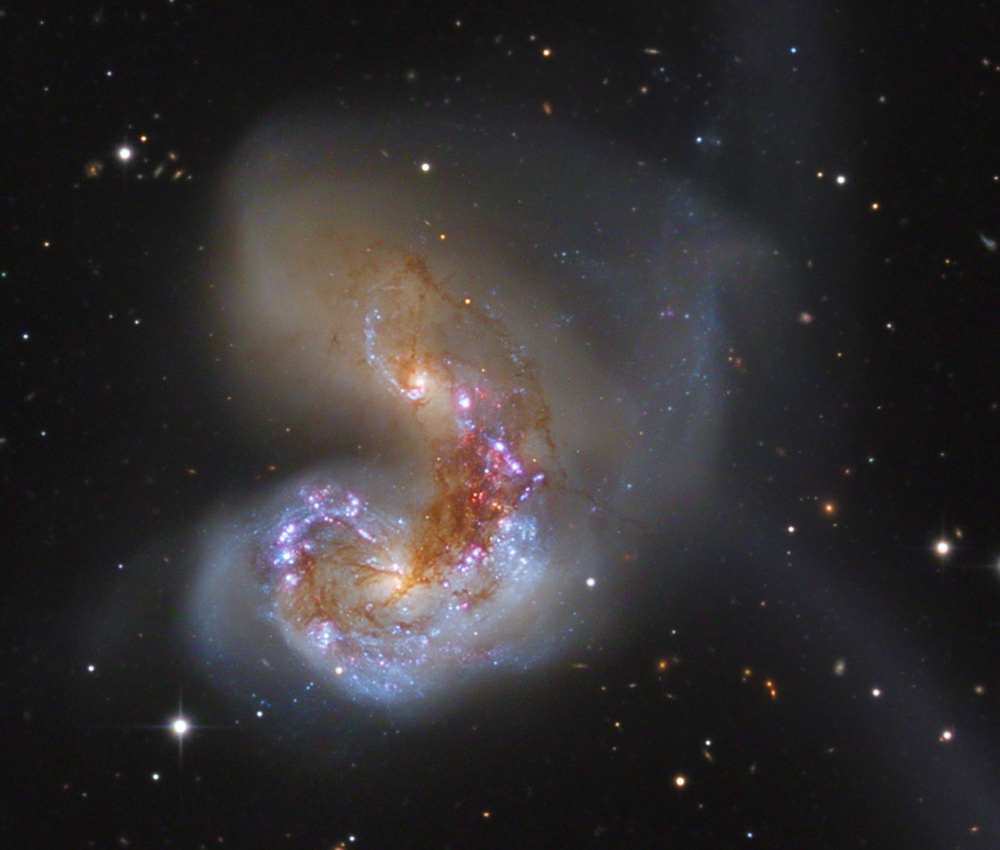