Abell 1689 is one of the biggest and most massive galaxy clusters known and acts as a gravitational lens, distorting the images of galaxies that lie behind it. The distance to this galaxy group is 2400 million light-years.
Only 1 percent of the gravitational mass of the cluster can be designated to normal matter. The arcs are mirrors of lensed galaxies in fact situated far beyond the cluster.
In 2008  A1689-zD1 has been discovered within this field using the Hubble Space Telescope, a galaxy at an age of more than 13 billion years (z = 7,6).

Several gentle arcs are visible around the center of the big cluster.

Find here the wide image in 30/100% size, a crop on the center with the visible arcs marked in 180% size below
and an animation with a deep Hubble image as insert in 200% size at bottom. 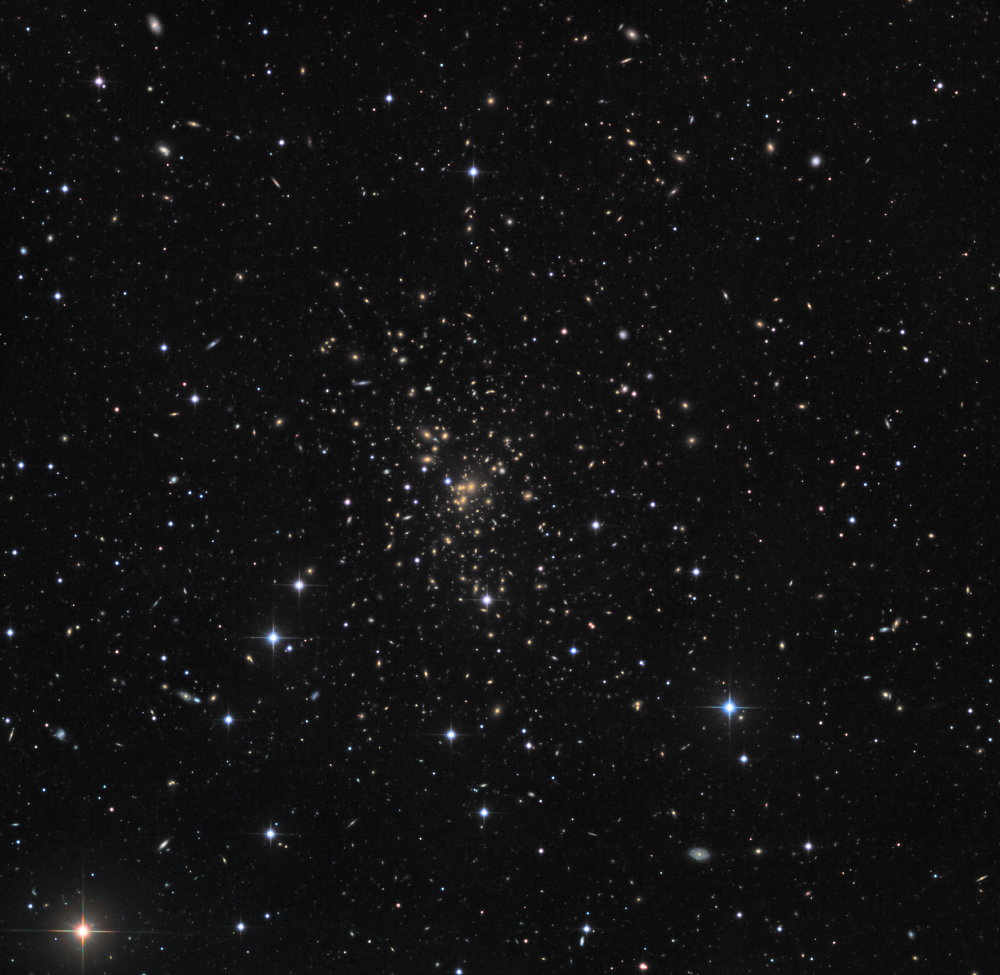 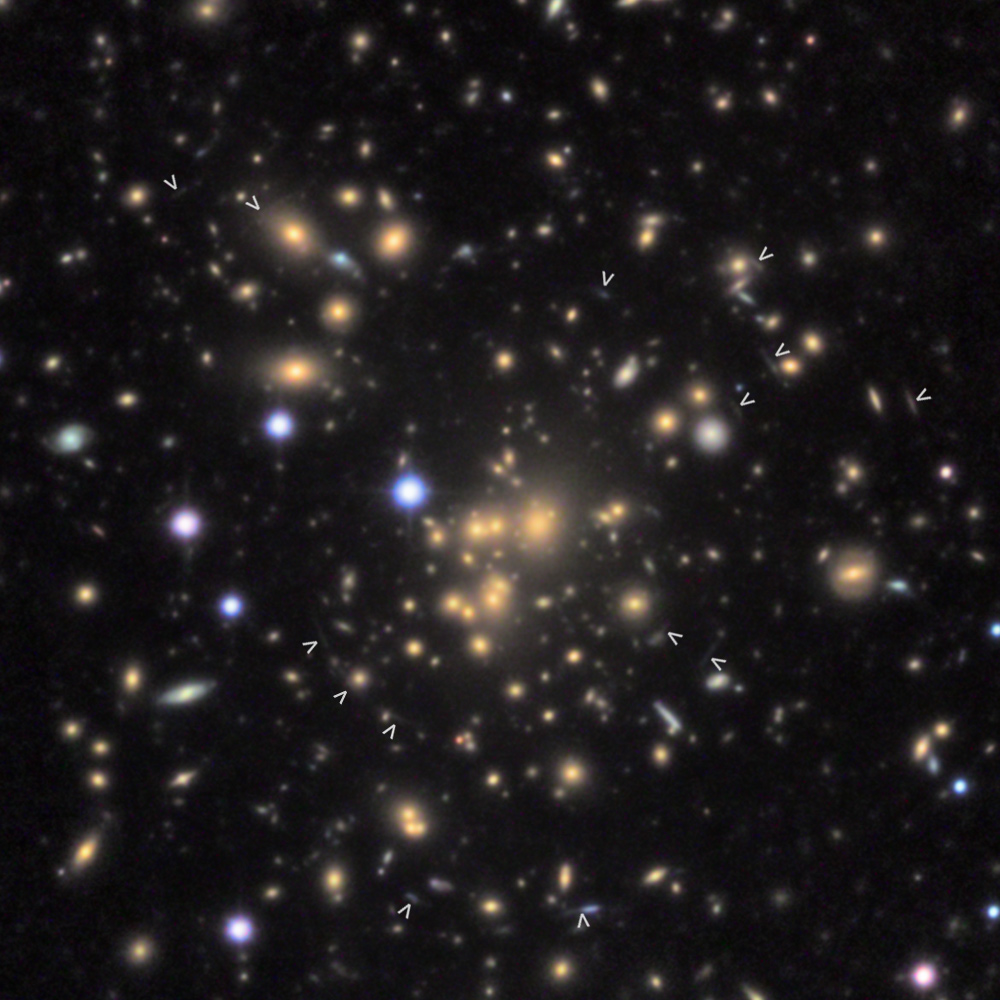