NGC772 is a disturbed spiral-galaxy in the constellation of Aries.Sized 7,2′ × 4,3′ with an apparent magnitude of 10.2mag it would have been an easy object to be found by Charles Messier during his searches for new comets.

But he overlooked it and so it was officially first seen by William Herschel in 1784.

Its real distance of 100 mio.light-years unveils its size to be twice that of our own milky-way.

It has a bright compagnion a bit to the south:NGC770,which strongly interacts with NGC772 and probably has caused the one disturbed bright arm of the main galaxy and also much of the intergalactic cirrus to be detected in the negative contrast-enhanced picture down at this page.

Halton Arp named NGC 772 in his Atlas of Peculiar Galaxies as Arp 78. 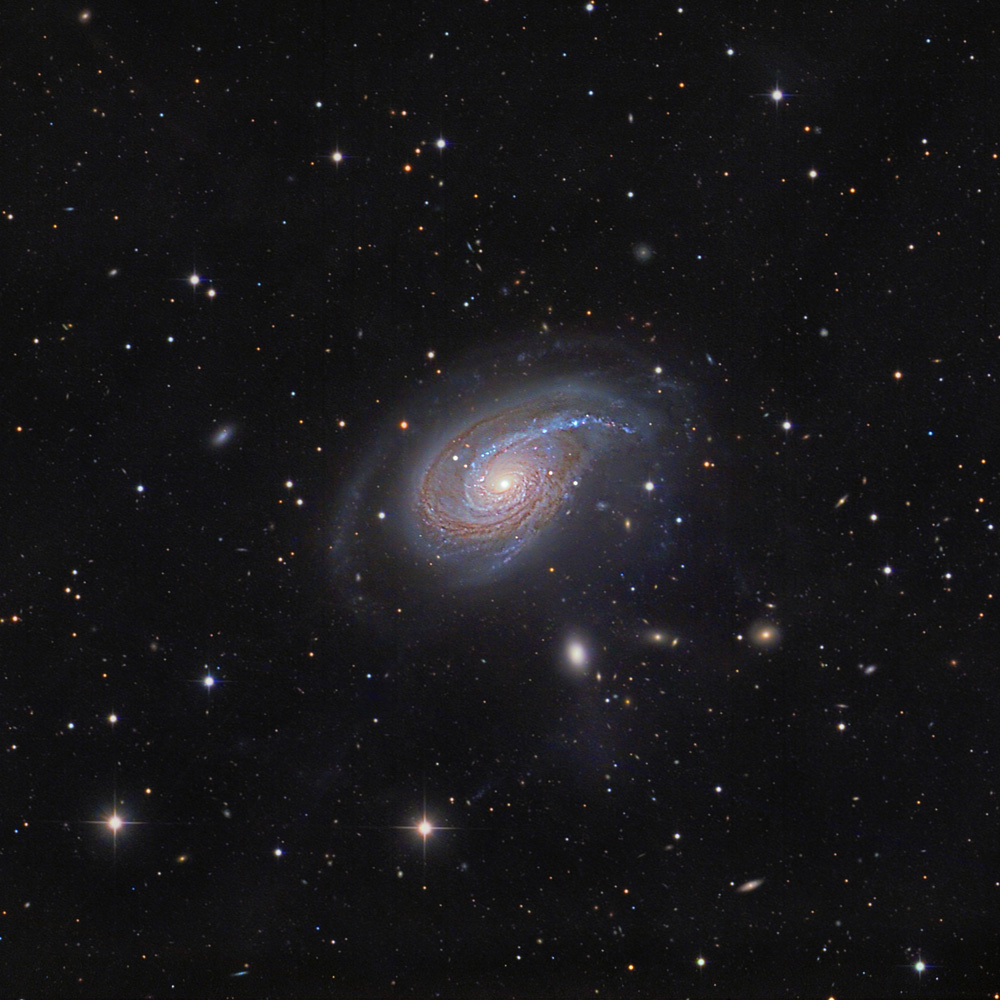 this is a more detailed version: 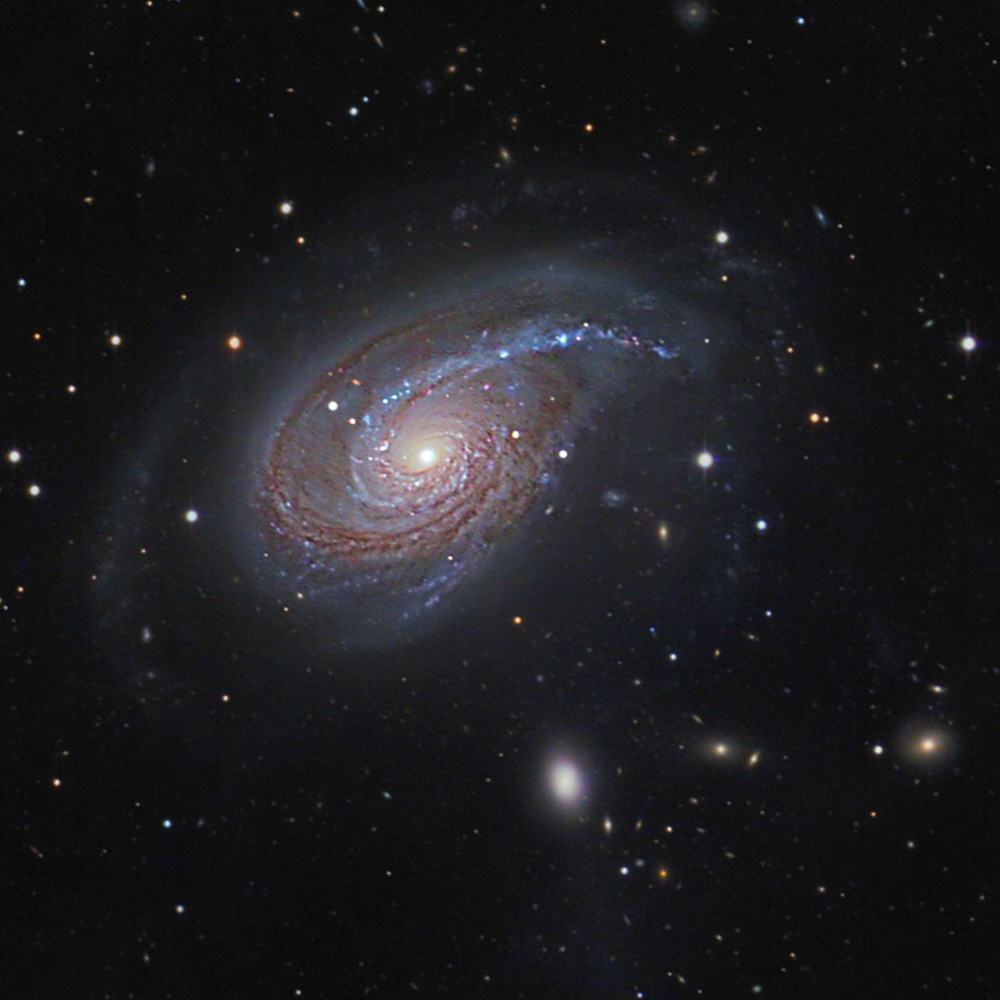 in this negative image you can detect the remnants of the intergalactic cirrus caused by the tidal interaction with the galaxy NGC770 south of NGC772: 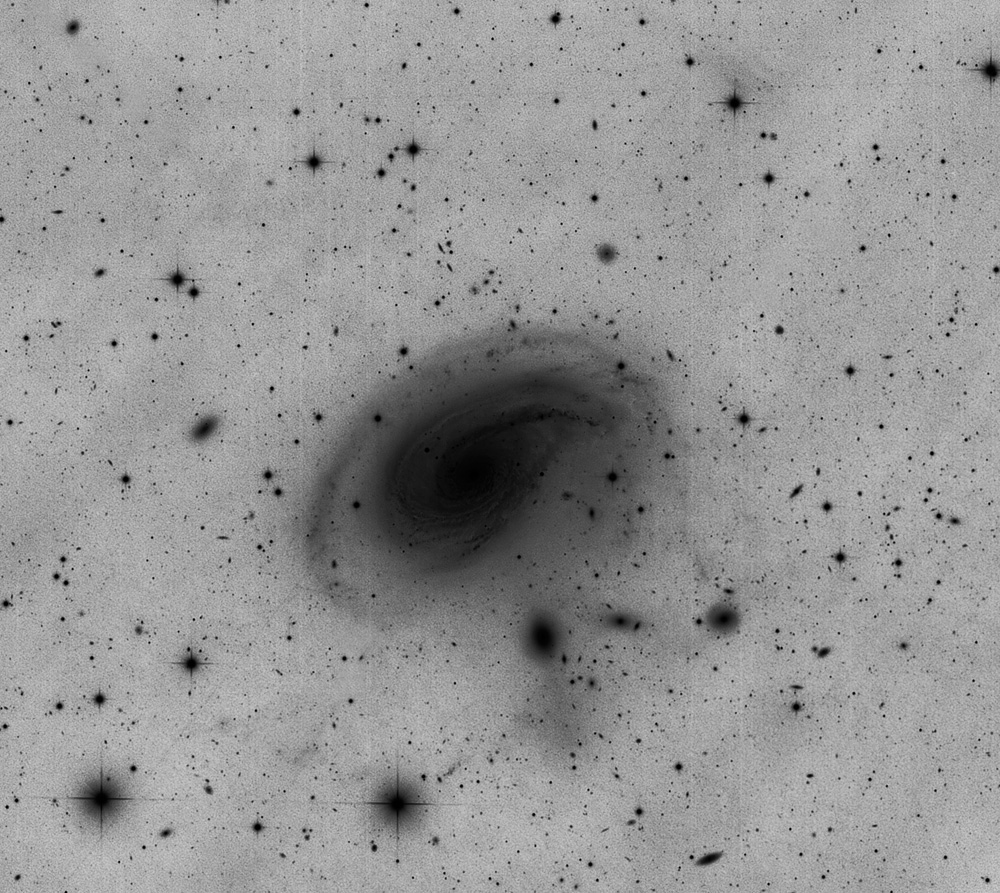