M 83 is a barred spiral galaxy approximately 15 million light-years away in the constellation Hydra. It is one of the closest and brightest barred spiral galaxies in the sky.
The galaxy has very well defined spiral arms and displays a very dynamic appearance, appealing by the red and blue knots tracing the arms.
The red knots are apparently diffuse gaseous nebulae in which star formation is just taking place, and which are excited to shine by its very hot young stars.
The blue regions represent young stellar populations which have formed shortly (i.e., some million or some dozens of million years ago).
Dark dust lanes follow the spiral structure throughout the disk, and may be traced well into the central region to the nucleus. 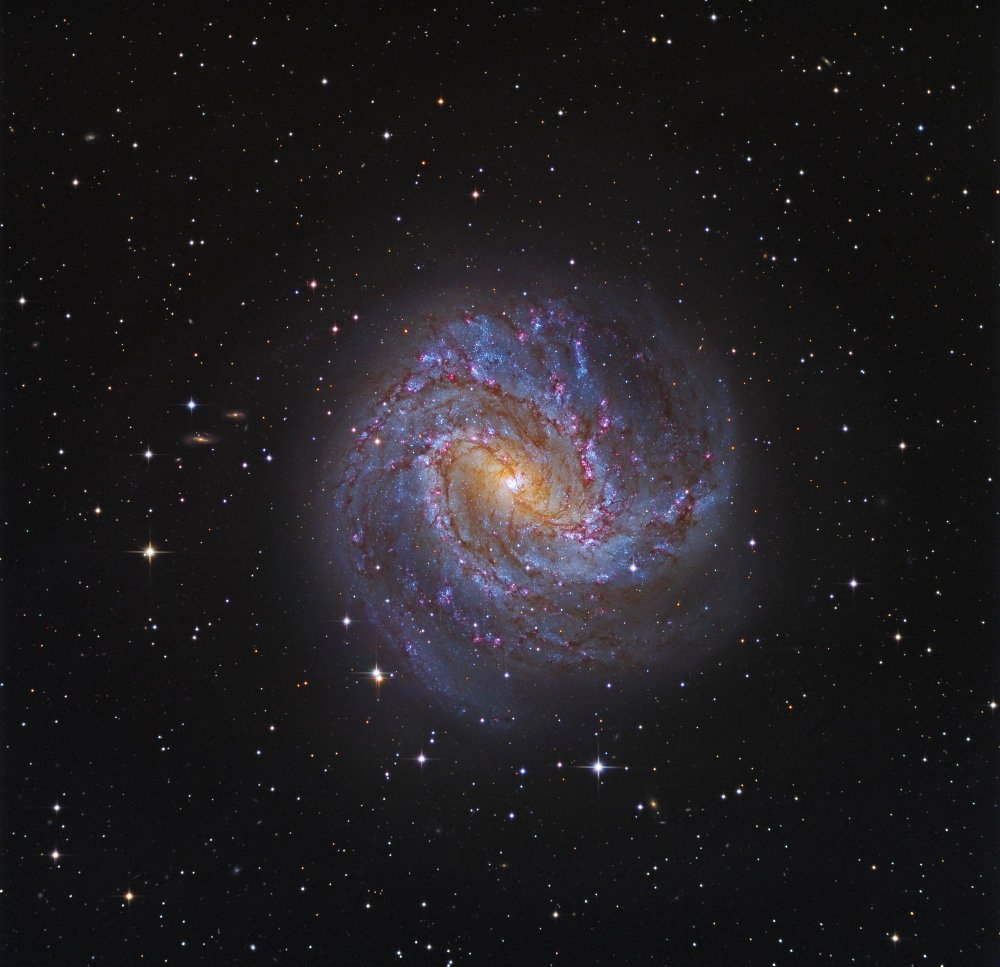 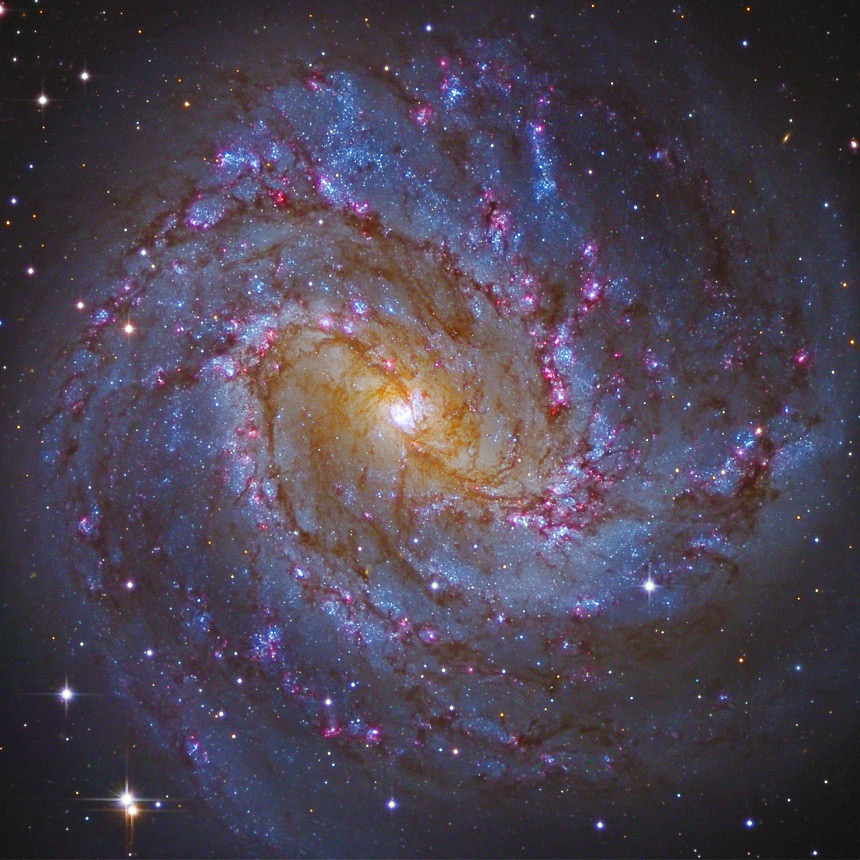