NGC 6334, Cat’s Paw Nebula is a star forming region about 5500 light years away in the constellation of Scorpius. Newly formed hot young stars ionize the hydrogen gas in their surroundings producing the typical red emission of H-alpha light seen here.  The light is further reddened by the intervening dust of the Milky Way’s disk. The Cat’s Paw Nebula also emits significant amounts of H-beta light. Recent publications indicate that this is one of the most prolific star forming regions in the Milky Way. More than 2000 stars are thought to be hidden away by the dusty cocoons, in which they were born. 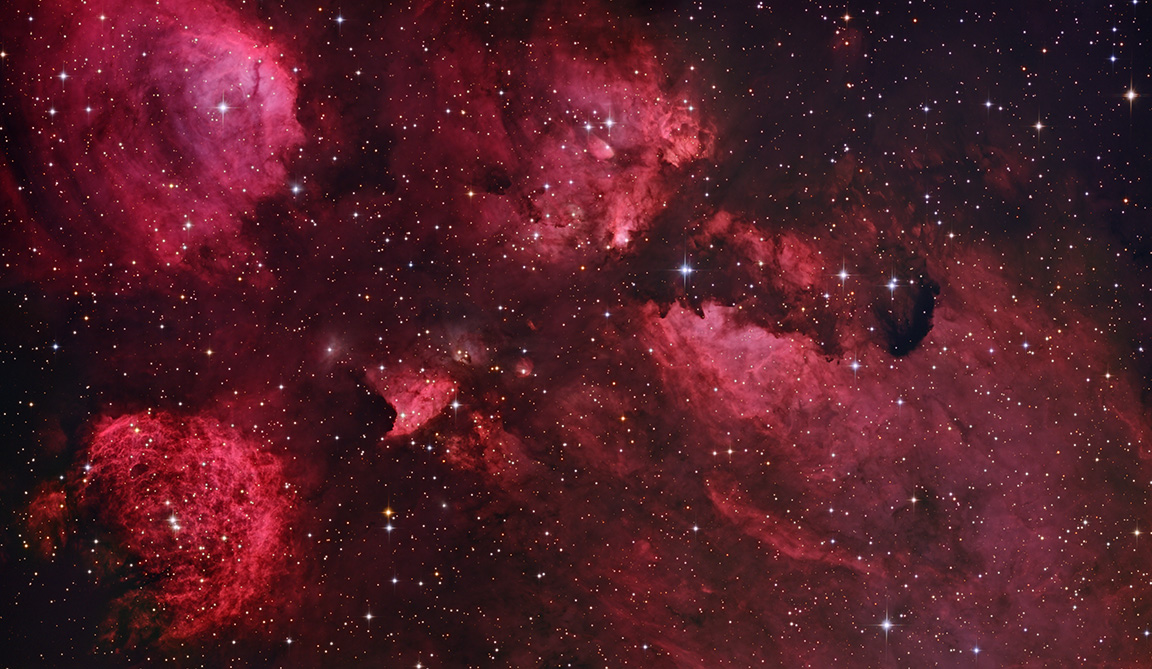 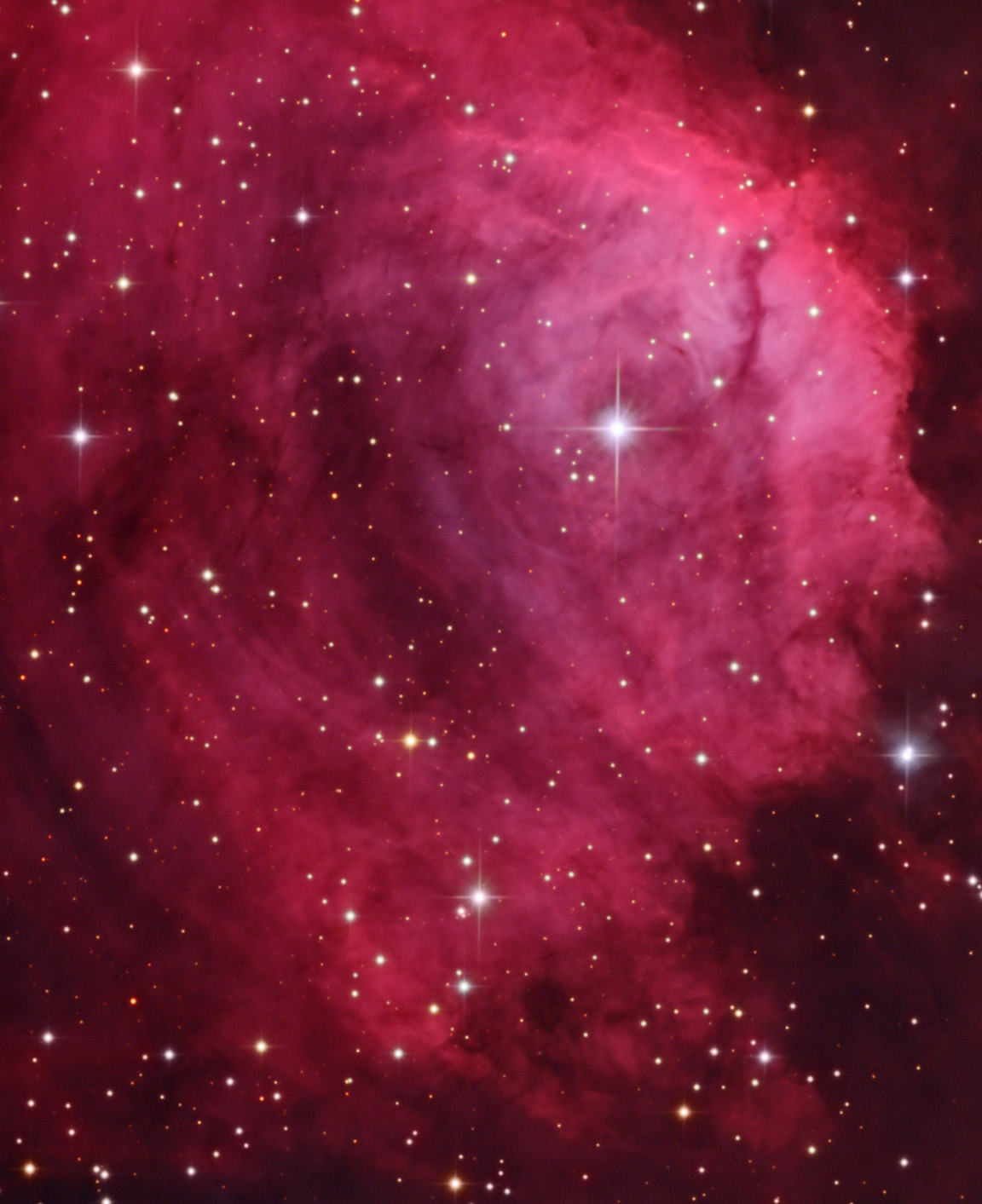 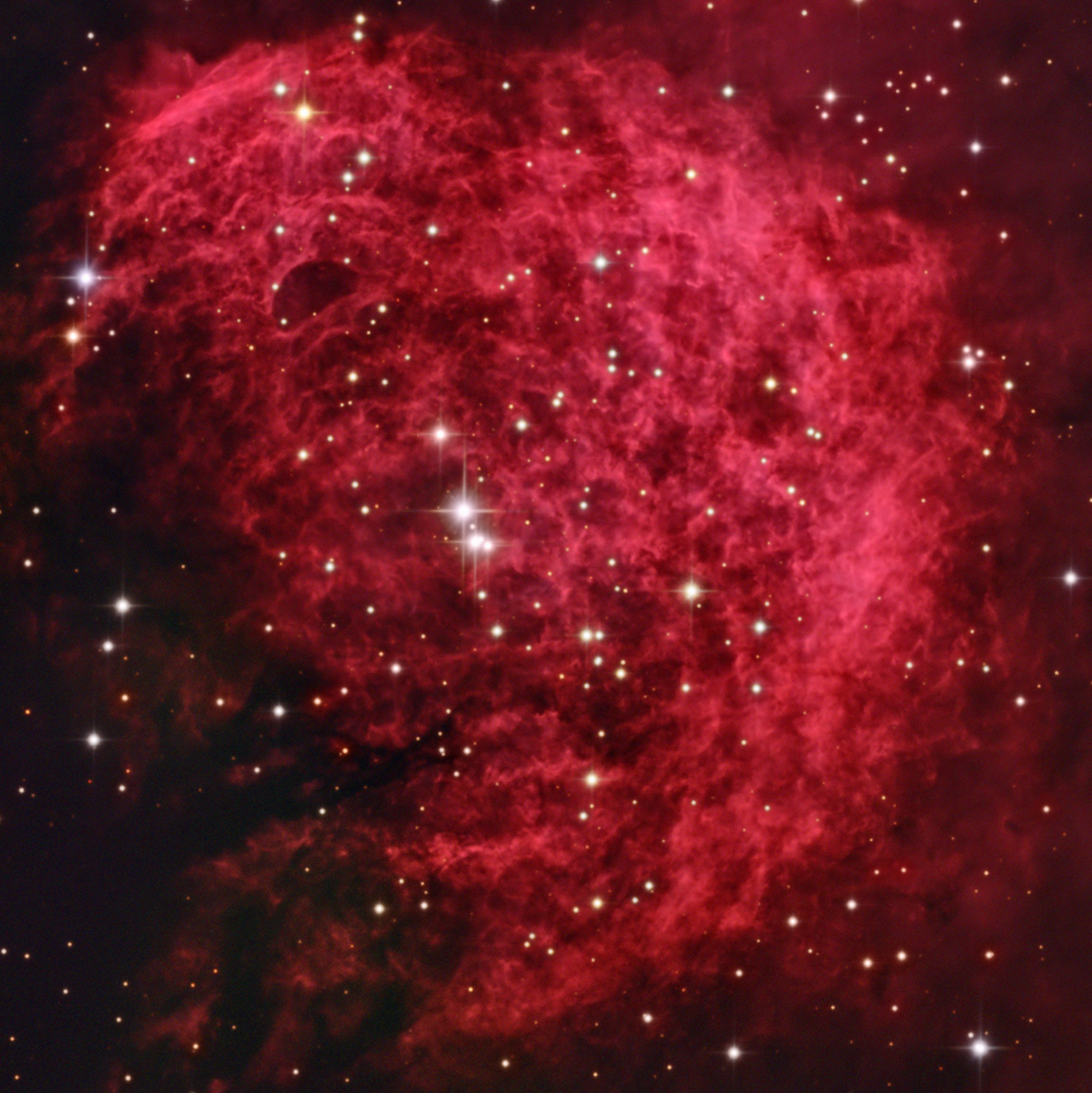 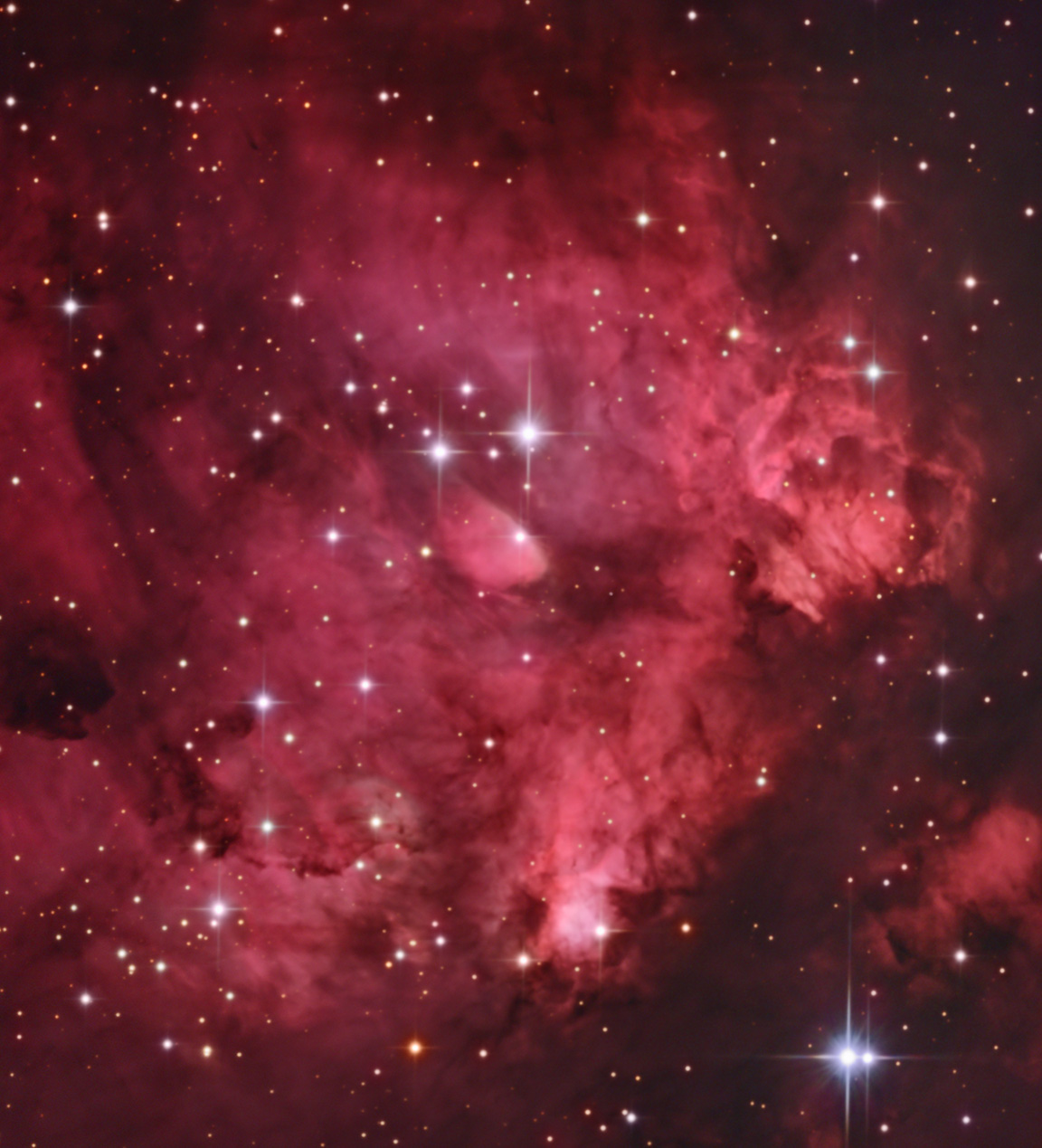 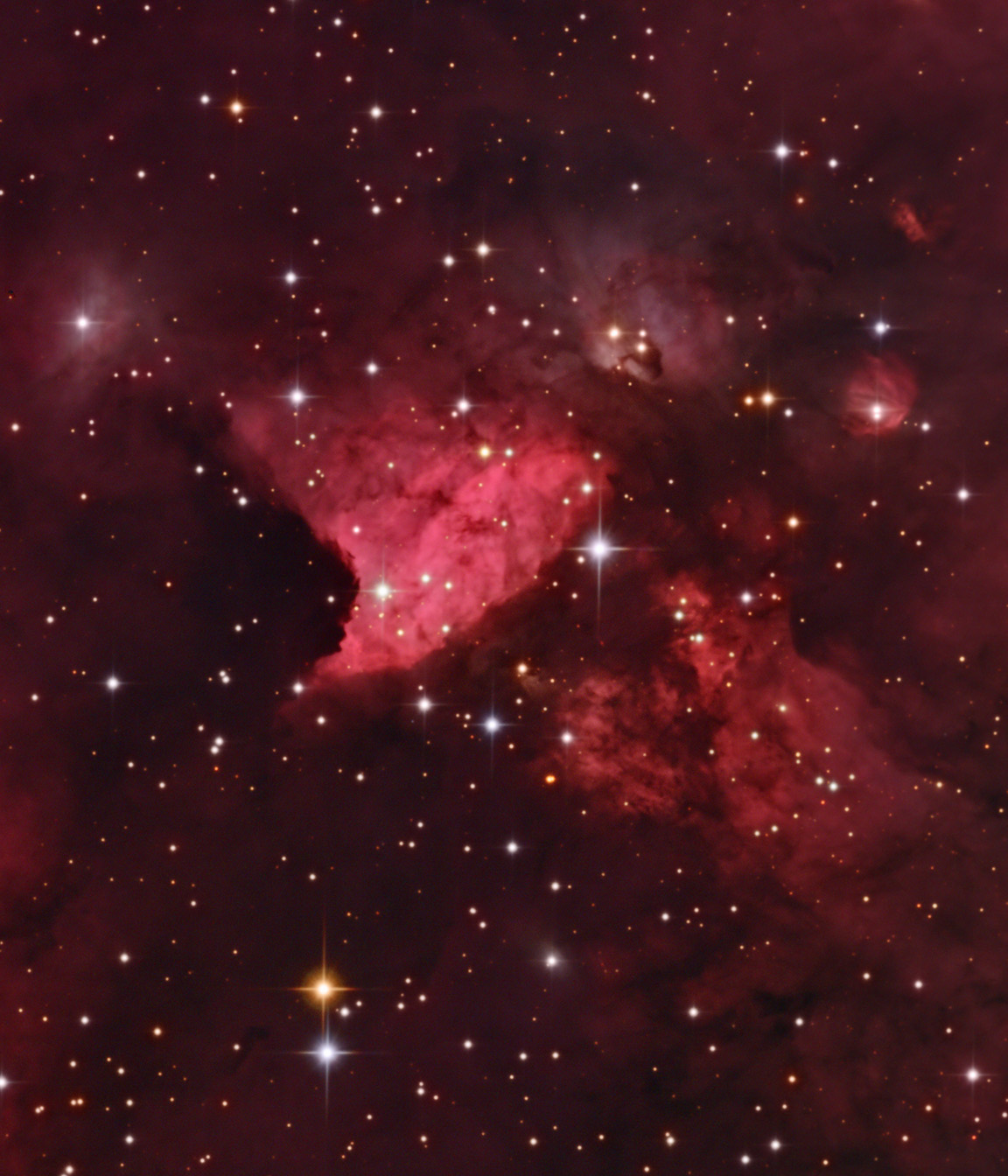 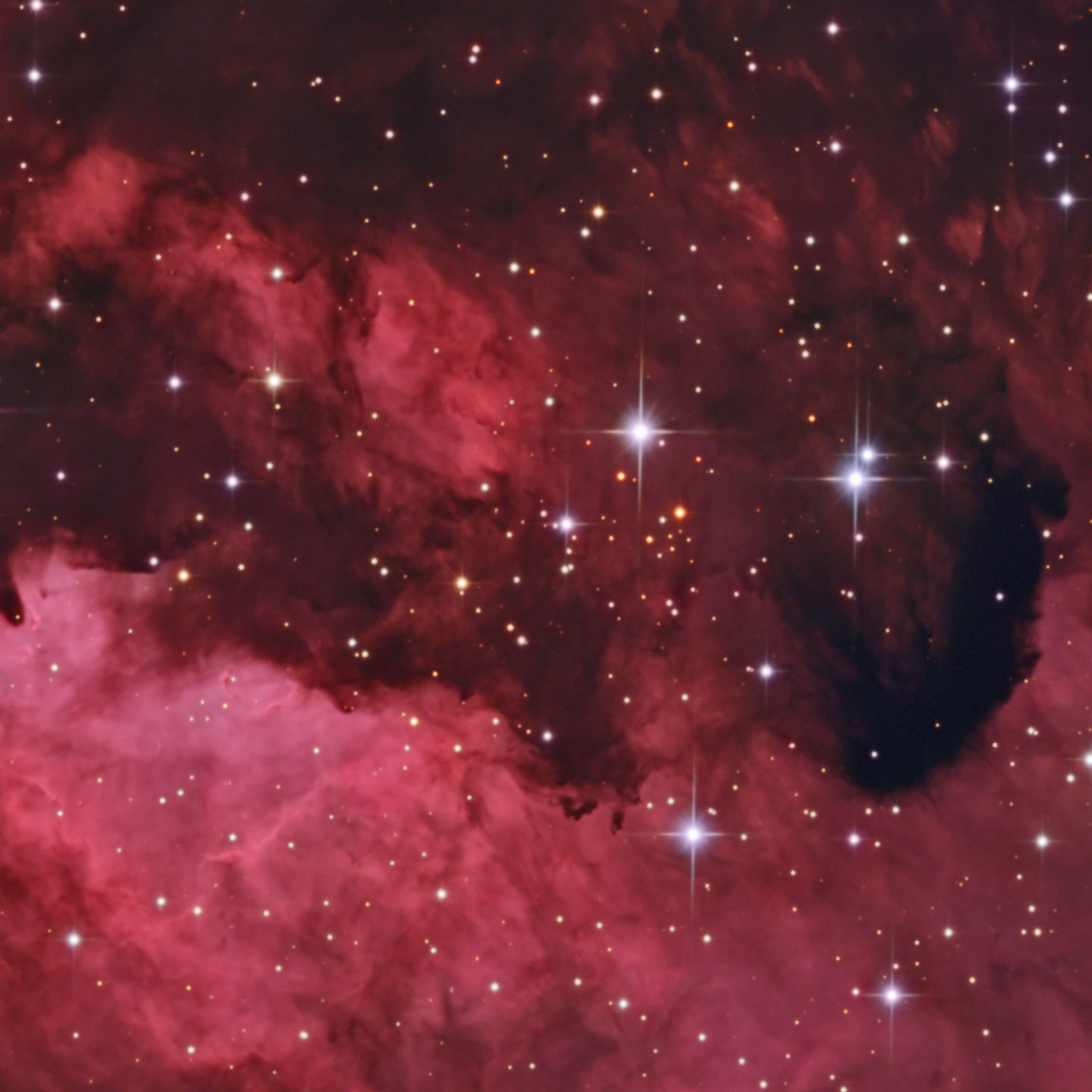