NGC 1097 is a beautiful barred spiral galaxy approximately 45 million light years away in the constellation Fornax. The small companion galaxy NGC 1097A interacts with NGC 1097 causing tidal distortions in its disk.

NGC 1097 is also a Seyfert galaxy with a supermassive black hole at its center. The black hole weighs in at 140 million solar masses. The galaxy is also peculiar, because four jets emanate from its nucleus. Two of them stand out in the color image, a third is only apparent in the contrast enhanced black and white image. Despite 28 hours of exposure a fourth jet is not visible in this image. We believe its absence is due to an issue with the flats. 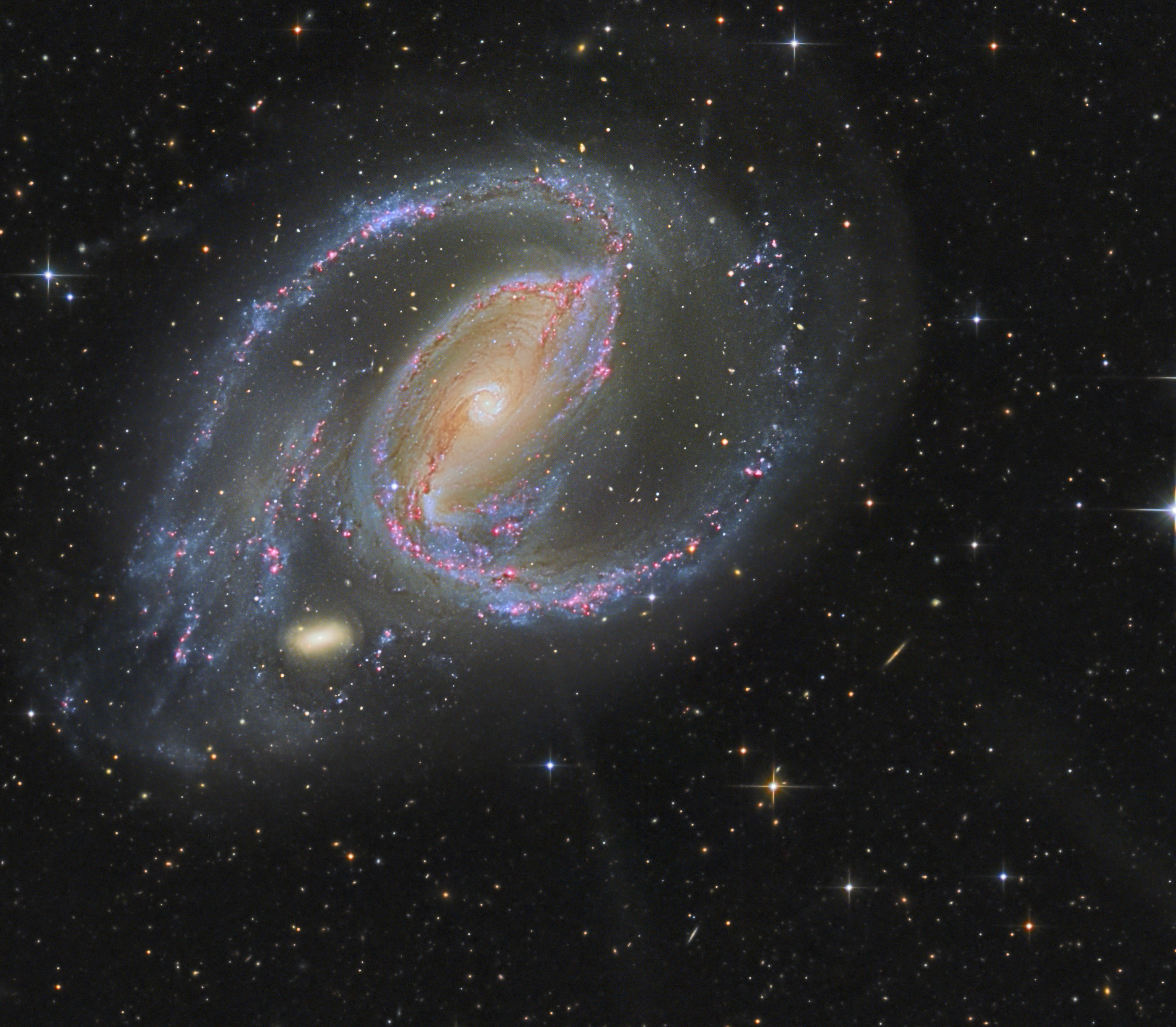 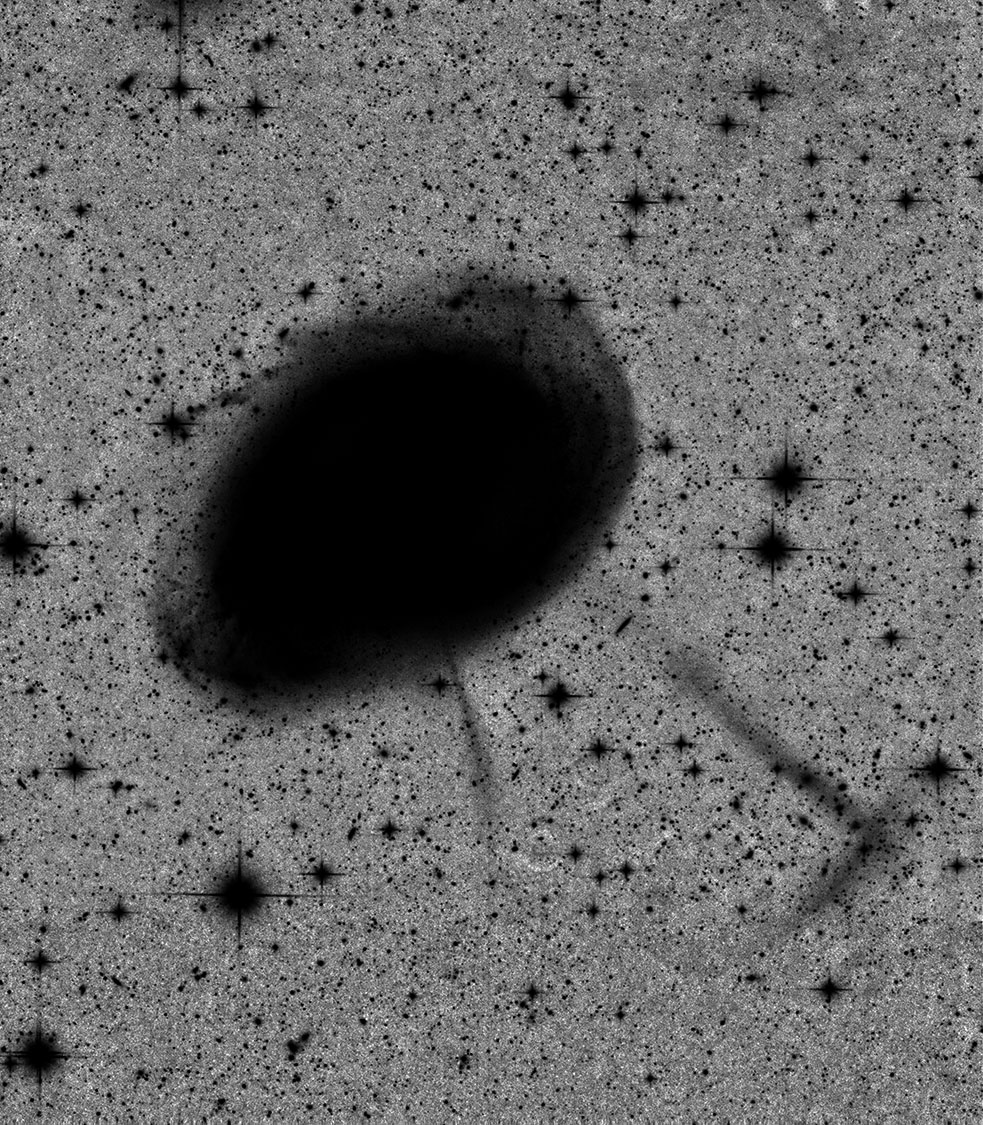 The complete image at 80% resolution 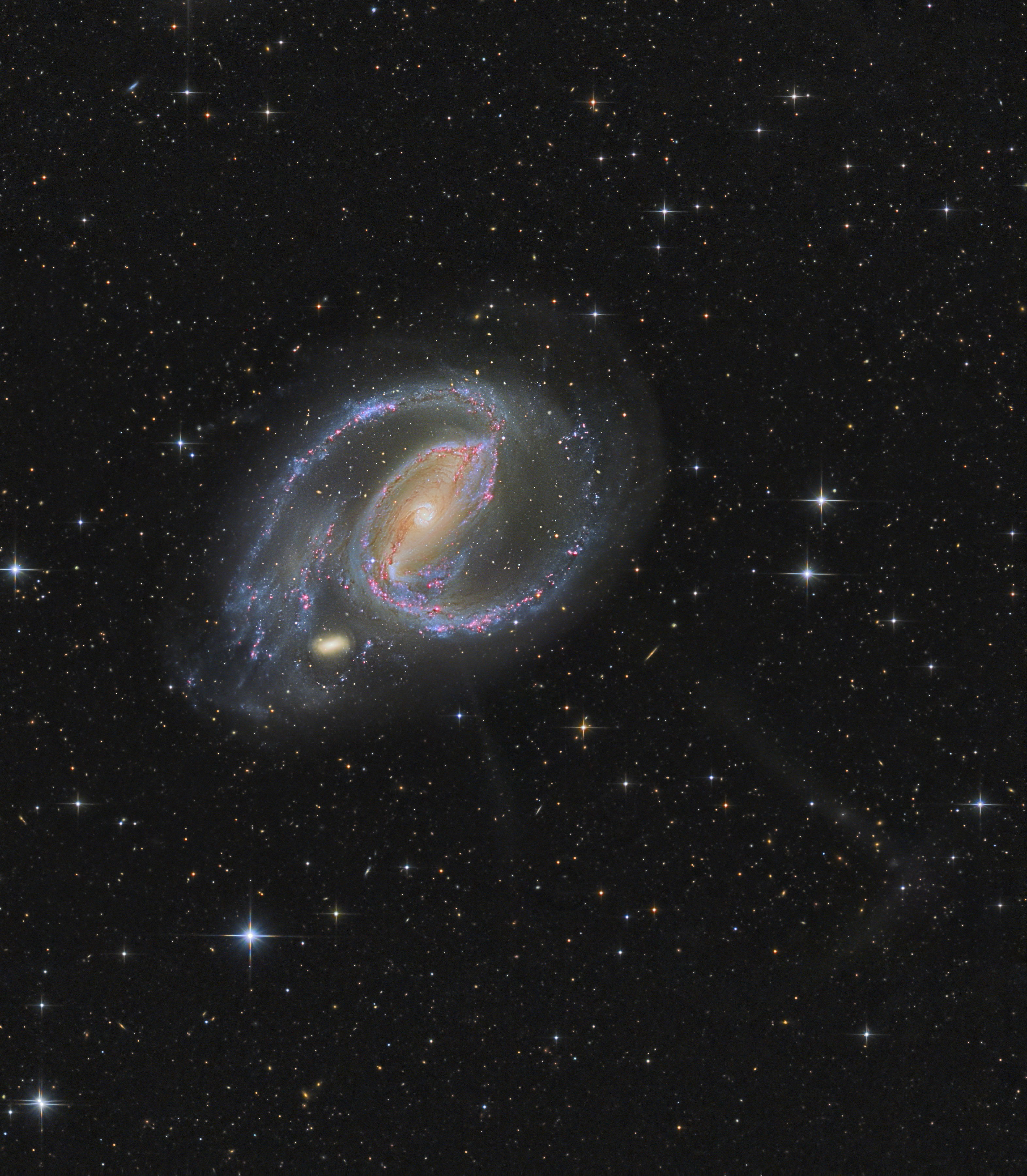