NGC 1955 contains young star cluster and emission nebulae, consisting of clouds of gas that glow due to the energetic radiation given off by young stars.
This radiation strips electrons from atoms within the gas, of mainly Hydrogen and Oxygen, which eventually recombine with other atoms and release light.
Mixed in with the gas are dark clumps of dust that absorb rather than emit light, creating weaving lanes and dark shapes across the nebula.

In the top left corner the supernova remnant DEM L205 featuring round twisted HII filaments is situated. You can read more here.
In the center of the main complex right of center the Wolf Rayet star BAT99-38 can be seen, which is surrounded by a 33 arcsecond Wolf Rayet ring nebula.
The WR star is actually a triple star system.

Find the image below as Ha-OIII-RGB, a labeled version by Sakib Rasool and as pure Ha version in 25/70% size 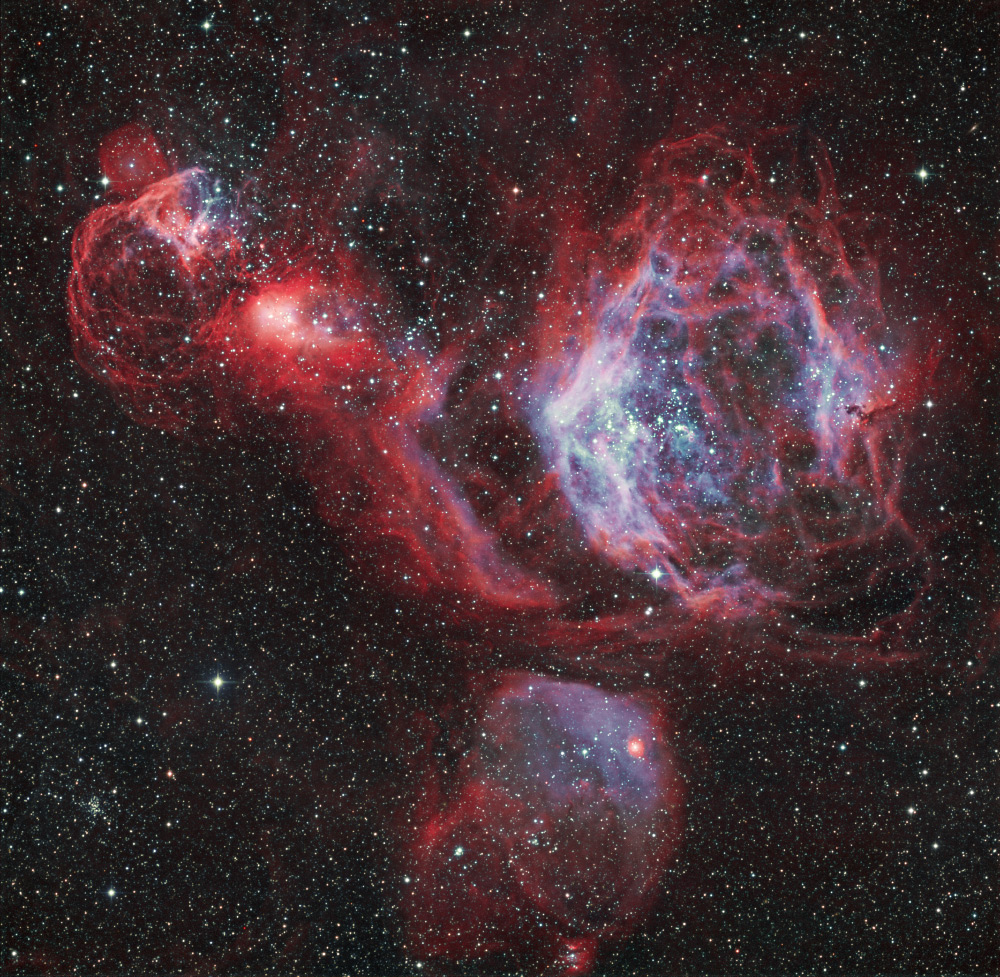 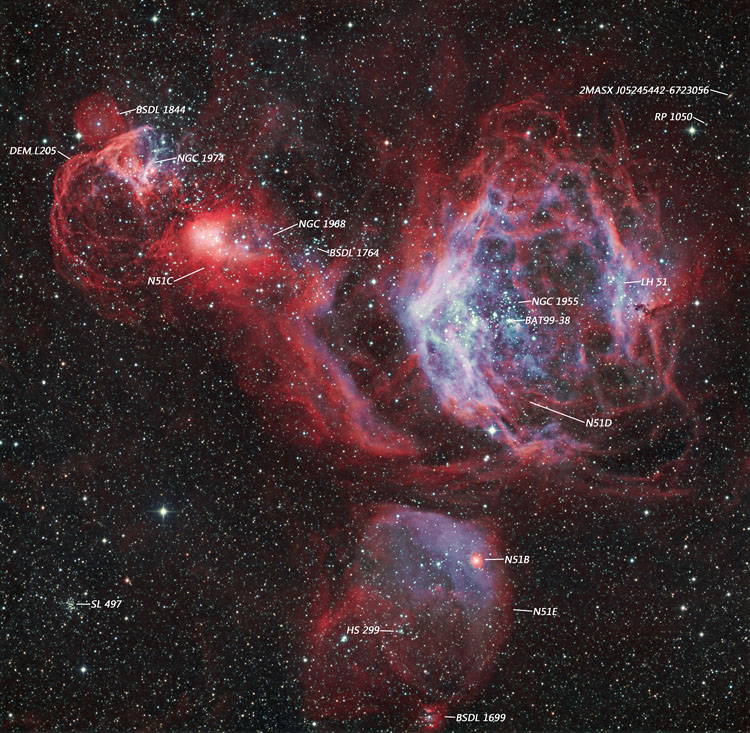 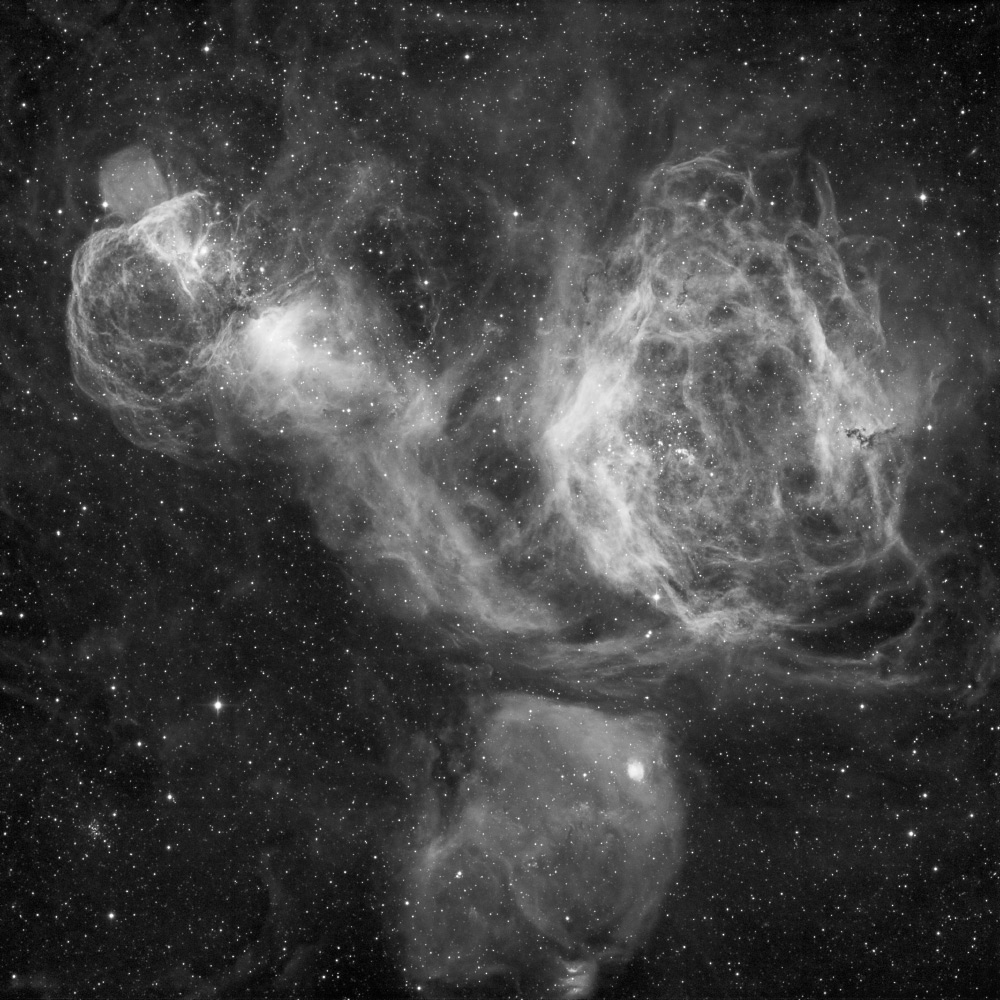