NGC 3242, commonly known as the Ghost of Jupiter, is a planetary nebula located in the constellation Hydra discovered by William Herschel in 1785.
The nebula measures around two light years long, and contains a central white dwarf with an apparent magnitude of eleven.
The inner layers of the nebula were formed some 1,500 years ago. The two ends of the nebula are marked by lobes of fast moving gas showing up in subtle red.

Consisting of a multiple shell structure, NGC 3242 is a high excitation planetary nebula that is of great interest to professional astronomers and has been the subject of a number of studies. In addition to an inner AGB halo, this telescopic image reveals the brightest portion of a large ISM-type halo, which is the irregular cloud with gentle shades of pink and purple. The colours of the various structural elements signify the central shell and inner halo as consisting predominantly of OIII (oxygen) emission and the larger ISM halo structure is comprised of both overlapping Ha (hydrogen) and OIII emission. An AGB halo provides a record of mass loss of the original progenitor star during the late asymptotic giant branch phase, which precedes the main planetary nebula phase. Haloes are generally 10 times fainter (or more) than the central shell and require deep photography to elucidate their faint gossamer forms. Once considered rare, haloes have been found around a large sample of planetary nebulae in deep imaging surveys conducted in the past few decades and more continue to be discovered even by amateur astronomers! The ISM-type halo might have a size of approximately 39×33 light years and was first discovered in photographic plates by the astronomer Rudolph Minkowski and independently by others in the 1960’s. The AGB halo of NGC 3242 was produced by the central star prior to the planetary nebula phase. However the giant ISM-type halo isn’t material ejected by the star but is simply part of the interstellar medium that is part of the space surrounding the planetary nebula. It is visible through the process of ultraviolet radiation leaking out of the planetary nebula shell and ionizing the surrounding material. Other examples of ISM-type haloes have been identified around a small number of planetary nebulae including HDW 2 and Abell 36. The complexity of this beguiling planetary nebula also extends to its main central shell with deep professional images revealing multiple knots, which belong to a category of low ionisation structures associated with planetary nebulae known as FLIERs. Standing for “fast low ionisation emission regions”, they consist of a pair of nebulous knots that usually share the symmetry axis of the central star. Long narrowband exposures also reveal the presence of multiple rings around the central shell. Rings have been found around other planetary nebulae such as NGC 7009 and NGC 6543 and are a puzzle awaiting to be solved although their formation and presence is likely to be related to episodic mass loss in the early evolutionary stages of planetary nebulae. (Text of last paragraph by Sakib Rasool) 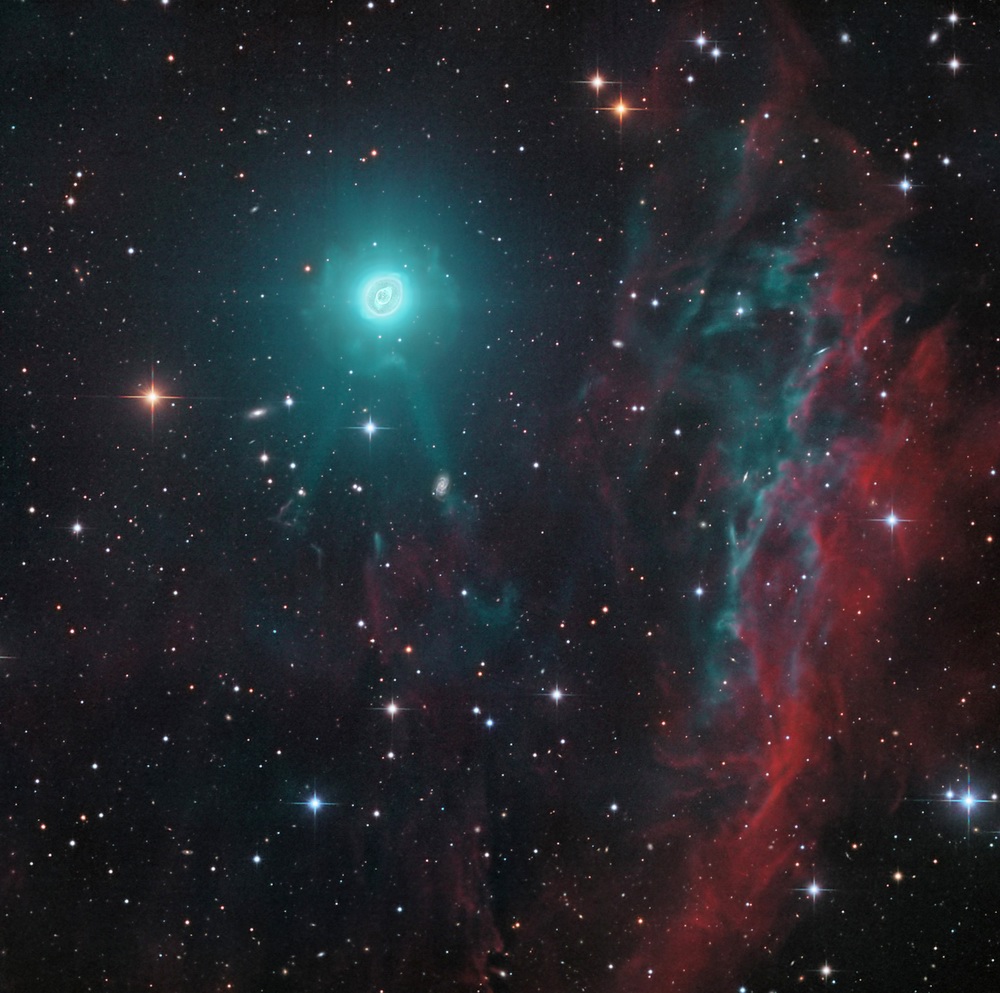 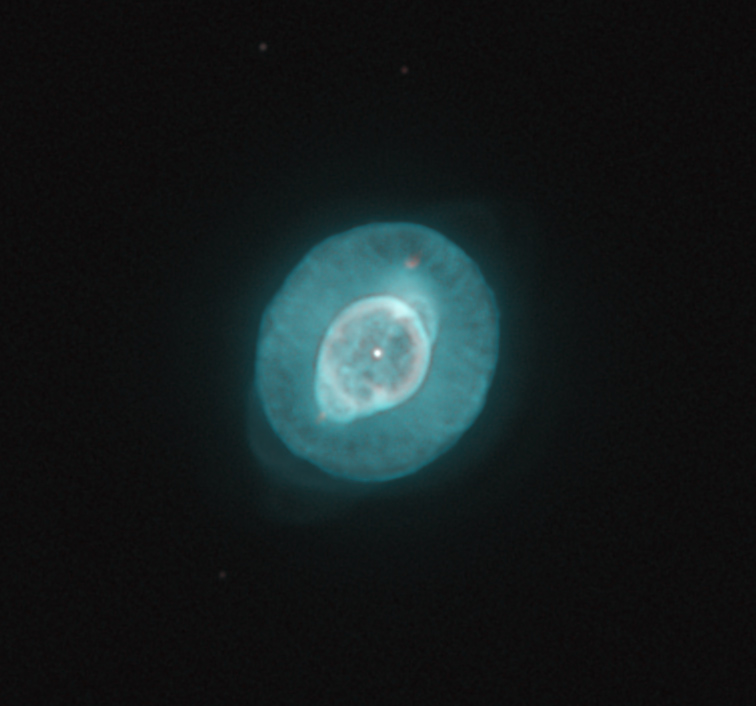